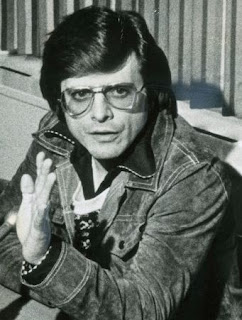 'I don't mind you thinking I'm stupid,
but don't talk to me like I'm stupid.'

Ellison was hired as a writer for Walt Disney Studios, but was fired on his first day after Roy O. Disney overheard him in the studio commissary joking about making a pornographic animated film featuring Disney characters.

Ellison on occasion used the pseudonym Cordwainer Bird to alert members of the public to situations in which he felt his creative contribution to a project had been mangled beyond repair by others, typically Hollywood producers or studios.
Ellison said, in interviews and in his writing, that his version of the pseudonym was meant to mean "a shoemaker for birds" or that it is of as much use as shoes to a bird.
Stephen King once said he thought that it meant that Ellison was giving people who mangled his work a literary version of "the bird". 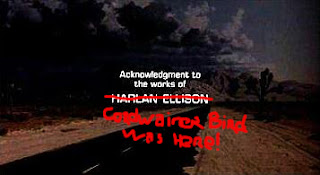