The Detroit Lakes area has not been completely devoid of things to pick up at the thrift stores. At least, the things I like to pick up anyway.
Granted I would like to be finding more books, but I feel that that may be stretching it for this area.
I'm not suggesting people don't read around here, it's more so that I'm not finding the types of books or genres I'm looking for.

Deep down I feel that there's a hidden trove of treasure around here...somewhere.

But for now, here's the stuff in hand. 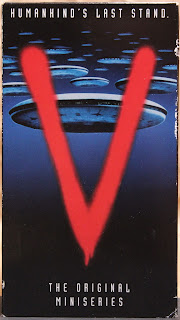 From the Wiki:
'Inspired by Sinclair Lewis' antifascist novel It Can't Happen Here (1935), director–producer Kenneth Johnson wrote an adaptation titled Storm Warnings in 1982.
The script was presented to NBC for production as a television miniseries, but the NBC executives rejected the initial version, claiming it was too "cerebral" for the average American viewer.
To make the script more marketable, the American fascists were recast as man-eating extraterrestrials in order to capitalize on the popularity of franchises such as Star Wars.'

Isn't it just like Sci-Fi to so graciously provide of its self a wide and clear avenue for writers to express unpopular or complicated concepts and ideas to an American viewer caste under the guise and sacrifice of being known as a simple or childish genre.

What I know is this, that in 1983 this was a not to be missed event,
especially for young dorks such as myself.
I remember going over to my friend Ray's house after the airing and in his room in a dank and mildewed basement, leaning against a wall was a piece of plywood spray painted black with a large red 'V'.
I was 14, of course I thought that was the coolest. 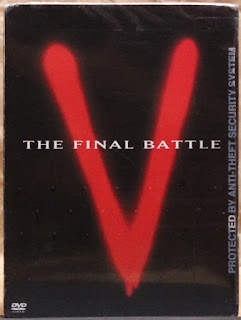 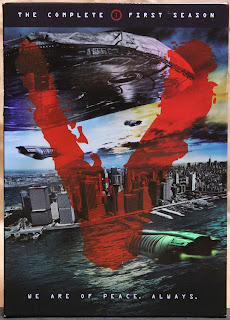 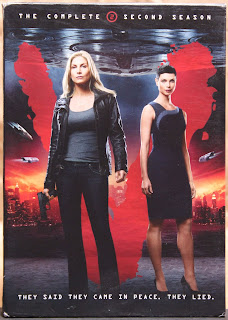 Someone got rid of their V media...my gain!

I sorta kinda like this remake of the series but only in a passing kind of way.
I vaguely remember watching it when it aired and then only sporadically caught episodes. I know for certain I didn't finish the second season, possibly didn't even start it.
I started re-watching the first season again, I do enjoy stories of humanity being menaced by external forces beyond their control, weary groups of people hiding and banding together to defeat an enemy.
It's comforting escapism for me.
There is one exception though...Independence Day.

But not as much as I hate Starship Troopers...simply insulting. 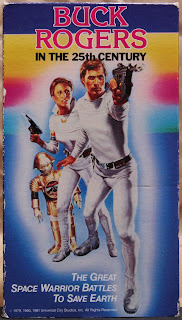 'Duck Dodgers, in the 24th and a half century!' 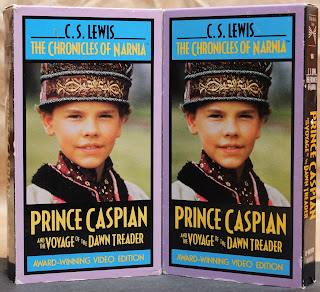 Closing in on completing this set,
looking for The Silver Chair. 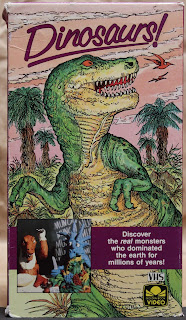 Will Vinton studios provides the claymation. This is the second vhs I have of his work, the first being Rip Van Winkle...which I quite enjoyed. 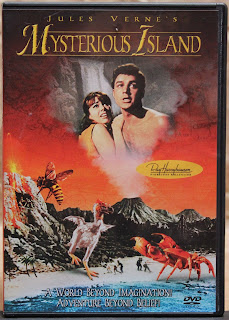 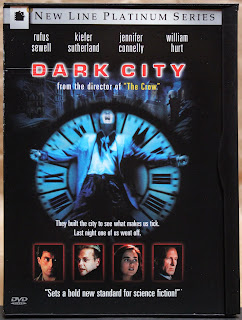 I don't remember anything about this movie, time for a re-visit. 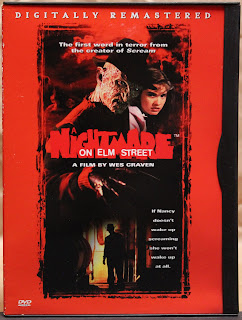 How does Robert Englund not get mentioned
anywhere on this case?! 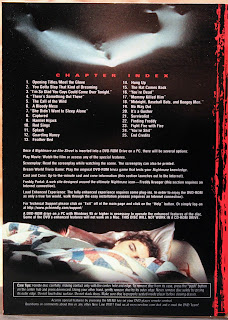 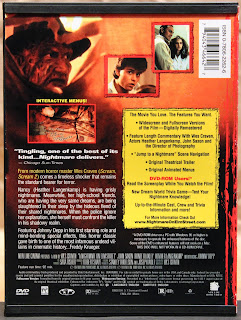 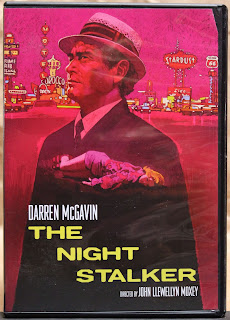 I discovered 3 of my all time favorite shows in the 80's watching WGN out of Chicago:
The Twilight Zone
Kolchak: The Night Stalker
SCTV

Little wonder that in 1993 I feel in love with
The X-Files...the die had already been cast.

This Kino Lorber issue is a restoration of the original shot on 35mm film to HD in 4K.
I'm not a fan of the ultra clean look of HD, BlueRay, 4K, or whatever the newest intense, sterilized, un-naturaly colored and overly saturated viewing experience our media overlords are forcing upon already bloodshot eyeballs.
Gimme grainy and soft any day, it just adds to the atmospheric of the story as far as I'm concerned.
I will give this a go however, on strength of the show and the fact that all I have is outdated hardware to run it on anyway. 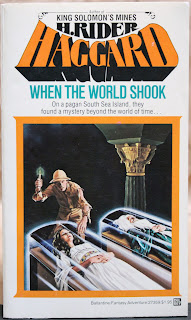 I always get a little thrill when I find a paperback in a thrift, or anywhere for that matter, that's 40+ years old and in near fine to fine condition...it blows my mind.
How books like this don't command more money than they do is beyond me...truly.

Some minor scratching to the covers and a bend to the upper corner (probably due to poor storage).
No browning to the interior covers...amazingly.
Clean and in unread condition.

What would you price this at?
* 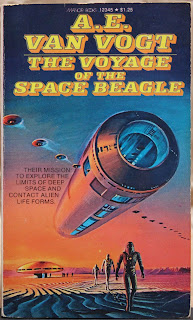 A 'fix up' book consisting of 4 separate stories centered around the missions of the Space Beagle.

I read 'Black Destroyer' earlier in the year, still need to get on 'Discord in Scarlet' so I can make my own decision on how closely Alien was modeled after those stories.
I didn't see it in 'Black Destroyer'.

I did enjoy Van Vogt's style though and wonder if he wrote any fantasy based stories.
* 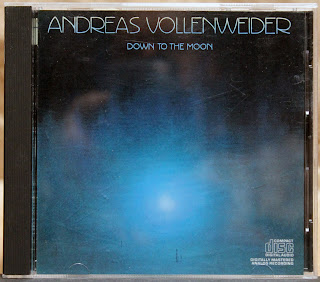 Andreas Vollenweider: Down to the Moon - CD
CBS Records, 1986 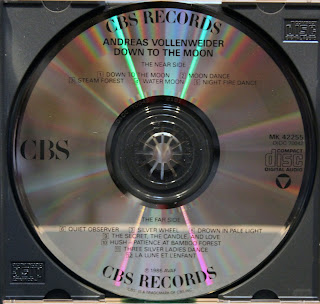 I do enjoy the look of old tymey CDs.
* 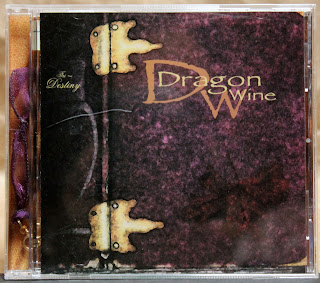 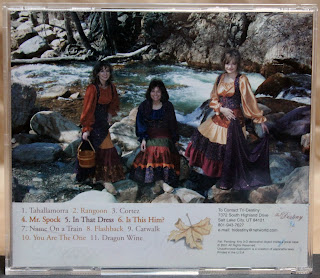 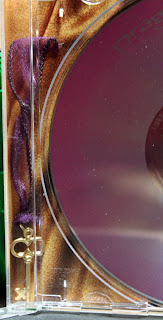 Stated on back cover:
'Pat. Pending: Any 3-D object inside a jewel case.'
I wonder how that turned out?
I do like the key however.
*
I fished out a nice pile of Filk / Parody / Demented from a rack of CDs...all new to me.
I dig the stuff from the late 90's & early 2000's, a 'simpler' time on the internet and heady days of geekdom...imho.
I'm still very much working my way through these. 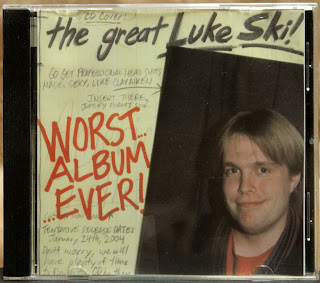 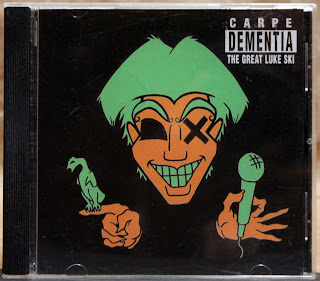 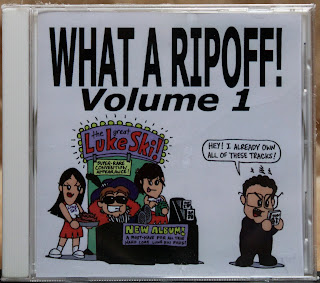 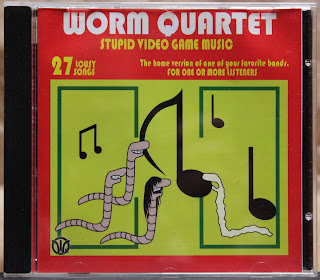 Just scratched the surface with this one but
what I've heard I like...good job everybody.
Worm@Bandcamp
* 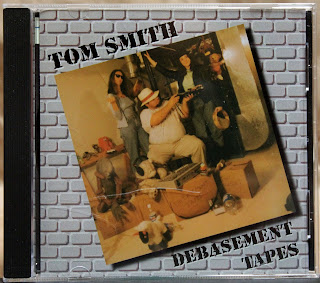 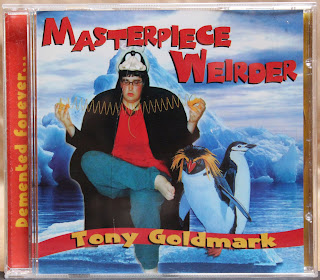