As the summer days wane to fall I waste them looking at old junk...to what end? 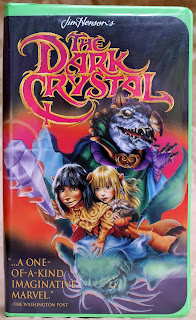 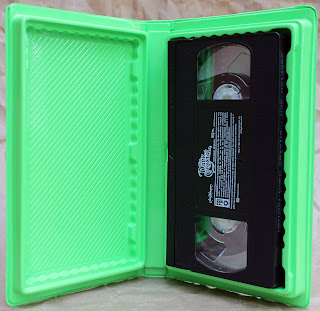 I continue to pick these up when I find them, though I suspect it's because I like the green clam shell.
*** 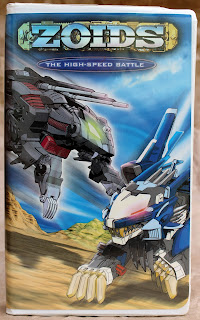 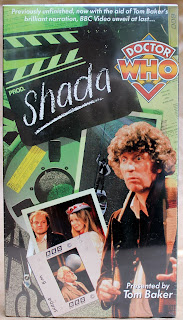 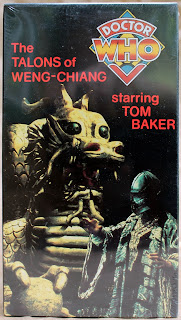 Doctor Who: The Talons of Weng-Chiang (VHS) Sealed
Playhouse Video, 1990 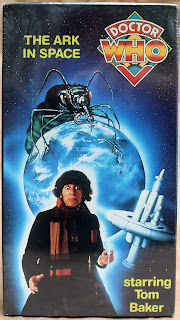 Doctor Who: The Ark in Space (VHS) Sealed
Playhouse Video, 1991
Does every dork have a first doctor?
Mine was Tom Baker.
*** 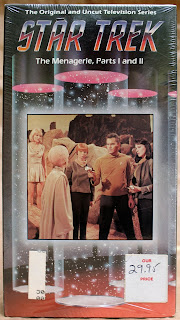 Star Trek: The Menagerie, Parts 1&2 (VHS) Sealed
Paramount Home Video, 1985
Remember when these things cost 30 bucks?
I recall a time when Star Wars on VHS would set you back $100, but that was a long time ago in a galaxy far, far away.
*** 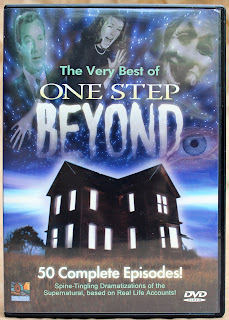 The Very Best of One Step Beyond (DVD)
Mill Creek Entertainment, 2007
From the back cover:
'Produced during the same time-frame as The Twilight Zone, this series capitalized on the country's burgeoning interest in paranormal mysteries in a unique fashion. Instead of developing fictional stories with supernatural plots, this series presented 'real life' incidents from a dimension beyond our understanding, including spirits, disappearances, fantastic creatures, etc., and re-creating them for each episode. There were no easy answers to these mysteries, and audiences could wonder in bewilderment, what if it's real?'
Unfortunately the set does not contain the episode,
'The Sacred Mushroom'.
However, seemingly, everything can be found on You Tube.
*** 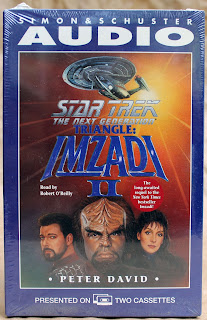 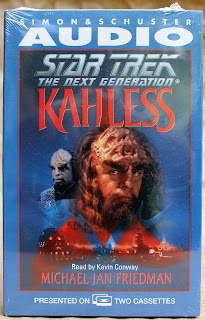 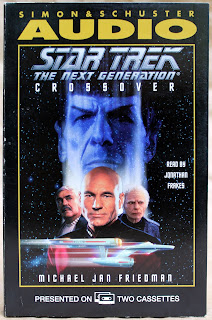 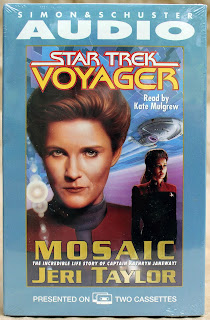 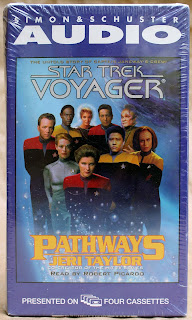 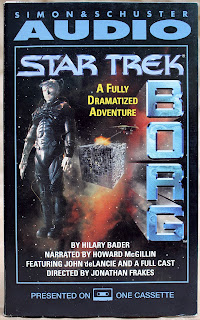 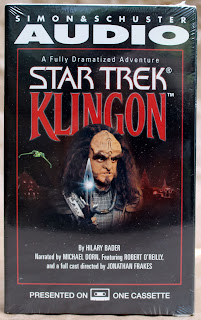 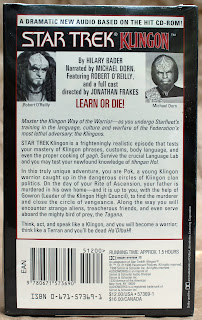 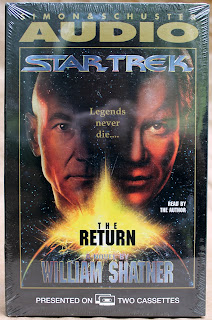 Star Trek: The Return (Cassettes) Sealed
Simon & Schuster, 1996
'a personal tale of tragedy and triumph that could only have been written by William Shatner'
Uh huh. 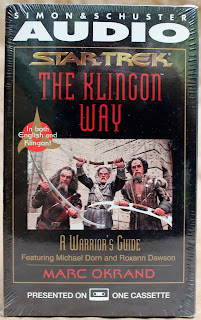 Star Trek: The Klingon Way (Cassette) Sealed
Simon & Schuster, 1996
I seem to recall a time when Ren Fests were teaming with Klingons...now all I see are p-p-pirates!
This is a must listen to be historically accurate at the faires.
*** 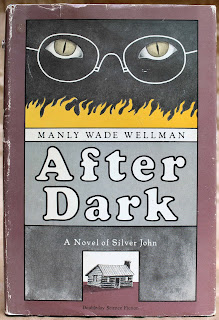 After Dark
Book Club Edition
A roughed up reader I picked up for myself.
The first Silver John story I read was part of an anthology I found in a shelf of sad books in the hospice my dad was in.
The book 'My Favorite Fantasy Story' contained the Wellman story 'The Spring'. I remember being very struck by his writing and thrilled by the discovery of his loner hero John the Balladeer and his supernatural encounters.
The anthology also contained 2 Jack Vance stories of The Dying Earth, 'Mazirian the Magician' and 'Liane the Wayfarer', these would be my first reads of Vance...I was blown away.
Anyway, now I'm a Wellman and Vance fan because of those 3 short stories.
You may know Vance but if you haven't read Wellman I would suggest trying a story with Silver John. 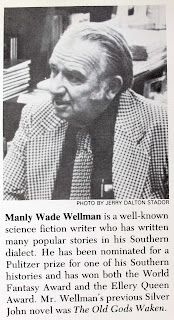 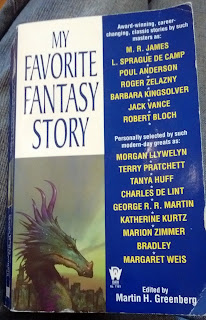