In part, a text with a friend last week:

E: 'I don't know WTF is going on with me...I just watched an episode of Star Trek TNG and was completley losing my mind.
I was getting emotional and was like WTF is going on?!' 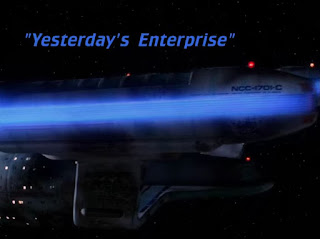 You may remember this episode or you may want to revisit it, but if not and in brief:

The starship USS Enterprise (NCC-1701-D) encounters a rift in spacetime while on a routine mission. As they monitor the anomaly, the heavily damaged USS Enterprise-C, a ship believed to have been destroyed more than two decades earlier, emerges. Instantly, the Enterprise-D undergoes a sudden and radical change from its current timeline: it is now a warship, and the United Federation of Planets is at war with the Klingons.
None of the crew notice the change, but Guinan senses that reality has shifted, and has a meeting with Captain Picard to discuss her concerns.
She suggests that the Enterprise-C does not belong in their time and must return to the past. Picard, who knows that this would be a suicide mission, refuses to give such an order based on Guinan's intuition alone.

Though my friend didn't say what exactly triggered his emotional response in the episode, after I re-watched it I think I knew.
I believe it had to do with decision making and/or making a tough decision based on a gut feeling.
Trusting in intuition more so than logic.
There is a leap of faith aspect to it all and it's a problem I've been struggling with for months now and one I cannot seem to come to grips with.

After leaving Colorado in a mad rush and arriving here in Minnesota, my girlfriend and I have spent the summer in a sort of limbo. Though it has been a much needed rest we really have not been able to fully relax or enjoy this place as much as we could or should have, especially me.
The lingering problem of where to go next, how exactly to do it and what lies in our future have plagued our thoughts and dreams the entire time and, unfortunately, we are not much closer to a solution then when we first arrived.
We have talked and argued about this to exhaustion and we still do not know.

Mostly it's me however, I just cannot come to terms with any one solution.
One day I think I know and the next I say the exact opposite thing.
I have analyzed the problem to the point of paralysis.
And worse than that, I have lost faith that it will work at all.

My girlfriend however is more so of the mindset of, what we lightheartedly but respectfully refer to as 'meta', and trusts in her gut a lot more than I do.
A sixth sense approach to things and one I believe in, in theory, but eventually drift away from by returning to cold hard logic and analysis.
Which hasn't been the best choice.

Back to Yesterday's Enterprise.

The episode seems relevant to me and our situation because of the scene/s with Guinan and Picard and a decision he must make.

Guinan confronts Picard on the bridge and the ready room where she voices her concerns about things not being right.

They have the following discussion between them:

PICARD: I need more.
GUINAN: There is no more. I wish there were. I wish I could prove it. But I can't.
PICARD: Then I can't ask them to go back.
GUINAN: You've got to.
PICARD: Guinan, they will die moments after they return. How can I ask them to sacrifice themselves based solely on your intuition?
GUINAN: I don't know. But I do know that this is a mistake. Every fibre in my being says this is a mistake. I can't explain it to myself so I can't explain it to you. I only know that I'm right.
PICARD: Who is to say that this history is any less proper than the other?
GUINAN: I suppose I am.
PICARD: Not good enough, damn it! Not good enough! I will not ask them to die.
GUINAN: Forty billion people have already died. This war's not supposed to be happening. You've got to send those people back to correct this.
PICARD: And what is to guarantee that if they go back they will succeed? Every instinct tells me this is wrong, it is dangerous, it is futile.
GUINAN: We've known each other a long time. You have never known me to impose myself on anyone or take a stance based on trivial or whimsical perceptions. This time line must not be allowed to continue. Now, I've told you what you must do. You have only your trust in me to help you decide to do it. 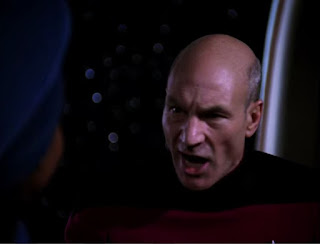 Later, Picard briefs his senior officers of the situation and hears more 'practical' thoughts.
Though really, his mind is already made up.

CRUSHER: Captain, are you suggesting that we let them return and attempt to complete their mission?
PICARD: I am, Doctor.
CRUSHER: Based on Guinan's intuition?
RIKER: That won't accomplish anything, sir. There's no way they can save Narendra Three.
TASHA: Captain Garrett says there were four Romulan warbirds. The Enterprise-C would be out-manned and outgunned.
LAFORGE: Unless we were to re-arm them with modern
PICARD: We can't do that. If we send that ship back with new technology we will be altering the past.
RIKER: But that's what you're talking about anyway, isn't it? Altering the past.
PICARD: We're talking about restoring the past.
LAFORGE: How could Guinan know that history has been altered if she's been altered along with the rest of us?
DATA: Perhaps her species has a perception that goes beyond linear time.
PICARD: There are many things about her species we can't easily explained. Yet it is very possible she is correct. A ship from the past has traveled through time. How can we know what effect those events will have on the present. Indeed, we shall never know for certain, if Guinan is correct. But I have decided the consequences of that possibility are too grave to ignore. Dismissed.
RIKER: Sir, if you'd like my opinion
PICARD: I think I'm aware of your opinion, Commander. This is a briefing. I'm not seeking your consent.
RIKER: With all due respect, sir, you'd be asking one hundred and twenty five people to die a meaningless death.
DATA: Not necessarily meaningless, Commander. The Klingons regard honor above all else. If the crew of the Enterprise-C had died fighting for the survival of a Klingon outpost, it would be considered a meaningful act of honor by the Klingon Empire.
PICARD: Even their deaths might have prevented this war. If the Enterprise-C returns to the battle and its mission is a success, history will be irrevocably changed. This time line will cease to exist and a new future will have been created. I've considered the alternatives. I'll go with Guinan's recommendation. Dismissed. 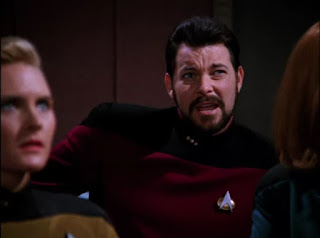 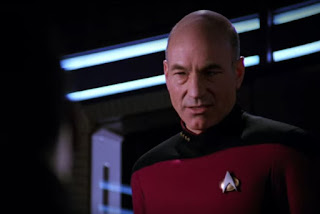 'I think I'm aware of your opinion, Commander.
This is a briefing. I'm not seeking your consent.'
***

It's within those two scenes that I find myself, attempting to make a tough decision. Taking in the external information from two different sources, intuition and fact. I feel like Picard in this episode in that regard. But I suppose NOT making a decision could be considered as making a decision...a very weak ass decision.
Anyway, I'm not a Star Fleet captain, my girlfriend isn't Guinan and this isn't the 24th century. We're just regular people living in this time.

Unfortunately watching this episode didn't bring me any closer to solving our problems.
I was trying to find some sort of answer in it and it felt like there was going to be something more, something deeper to the ideas they were working on but, in the end the writers gave Picard an easy out.
Picard had secret knowledge the whole time that, unknown to the viewer, he would convey later to Captain Garrett, Captian of the 1701-C.
PICARD: 'The war is going very badly for the Federation, far worse than is generally known. Starfleet Command believes defeat is inevitable. Within six months we may have no choice but to surrender.'

I felt a bit cheated by this, not unlike Lt. Saavic in The Wrath of Khan.
After having been bested by the Kobayashi Maru, she confronts Kirk, the only person to beat the no-win scenario, as to how he did it and learns he 'cheated'. The real insult is that he justifies it by saying that he doesn't believe in a no-win scenario...oh brooother. 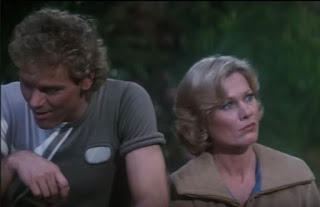 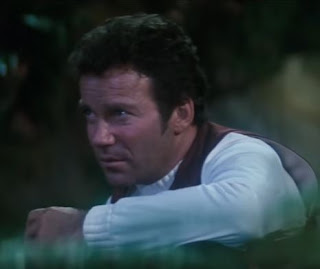 'I don't like to lose."
Naturally young Kirk receives a commendation for his 'original thinking'...uh huh.

So, was sending the 1701-C back to their doom really a tough call?
Meh...maybe.
What did Picard really have to lose by making it?

Does any of this really matter?

A few sayings come to mind.

Having a plan IS a good thing but more likely than not, once it meets resistance you will need to change it. Keep in mind that 'the enemy' or whatever obstacle you face along the way, also has a plan and you probably weren't consulted about it.

There is a very good chance that you are doing precisely what you are supposed to be doing, precisely how it was meant to be and no matter how much you plan you will never change the fact that you, are not in control of things.
It is, what it is.

'The future's uncertain and the end is always near.'

As I write this it's the end of September here in the northern Minnesota...Winter IS Coming!

Ultimately the answers I seek lie within myself, guidance from wisdom and faith from living in the present...not from tv or movies.

Successes or failures, planned for or not, will be dealt with if and when they arise and not before.

I have been humbled in this new normal.

Now back to the end of that text that started this:

Me: If only I could fly into an anomaly right now and be destroyed by Romulans...how lovely.

E: Captain, permission to come aboard. 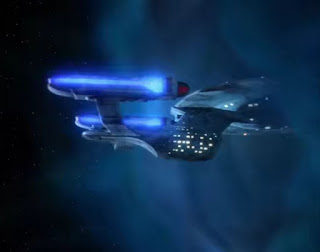 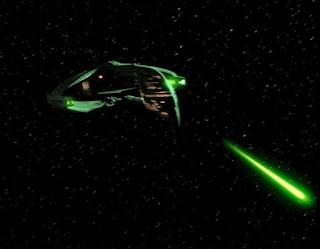 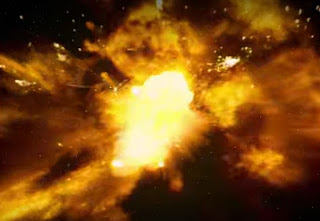 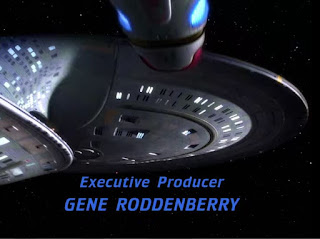