I found a vcr in storage here at the lake, I knew we had one but wasn't sure if it had been tossed...apparently not. Still has the remote, a rarity when finding one in a thrift.

I popped in the Super Avilyn that I talked about in Rangings_1.

A quick Fast Forward to the first commercial break proved to be what I had expected, the person recording it had indeed stopped the recording when the commercials began. Very disappointing.

I FF again to the next break and the same thing there, edited on the fly, no commercials.

I FF again with the intent to go through the entire movie and onto the next recorded show hoping that maybe it might be a different story there. As the third commercial break began I was delighted to see that the recorder got lazy and decided not to pause the tape, 1985 commercials begin spewing from the tv! The same held true for the entirety of the tape.

The shows were recorded November and December 1985, easy enough to track down the dates as there were local store sale events for the holidays and their ending dates.

Recorded from WGN in Chicago, a station I very much remember watching growing up. It may have been on WGN that I watched The Twilight Zone, Kolchak the Nightstalker and SCTV, three shows that to this day I still love.

So what's the end goal to all this?...hmmm, we shall see.

Currently Reading: The Fellowship of the Ring 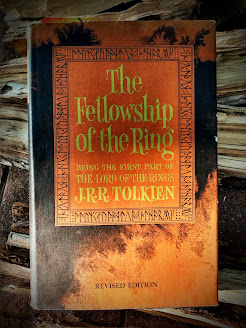 Being the First Part of The Lord of the Rings
There are signs of the coming of Fall.
Canadian Geese have lit upon the lake, acorns on
the Oaks are growing larger and I have a strong
urge to return to the lands of Middle Earth.

I will not be able to make the entire journey this
time but that may be just as well.
I certainly wish I could have found the other 2 books
but such is the nature of thrift store finds.
I will miss my favorite, The Two Towers.

The edition I'm reading is a nice hardcover reader.
Worn just enough to have that seasoned character of a second hand book
but still remain structurally sound, a book that
when read doesn't requite you to fret over
the condition...too much.
A goodly aged smell to the pages and
the spine, though 'cracked', still holds the pages
secure and allows for a full opening of the book.
Also, a paper dust wrapper with some wear but one that doesn't
disintegrate in your hands every time you handle it.
A good, solid reader.

Normally my reading copies for LotR are the
Ballantine paperbacks from the sixties but, after
handling this hardcover from Houghton Mifflin I may switch over?
That sounds sacrilegious for me to think and I will
certainly not make that statement aloud...I will however, ponder on it.

Regardless, I have set of once again into Middle
Earth and The War of the Ring...
the first part anyway.
Posted by Owlhorn 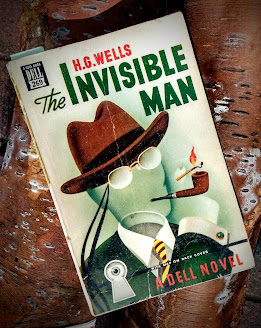 I am very much enjoying the map-back design that Dell created.

It's just so damn convenient to flip to the back cover instead of flipping around for a map inside. Though I wish the map for The Invisible Man showed more points of interest in regards to the story, overall I dig it.

Unfortunately the map on this one has been damaged :/ 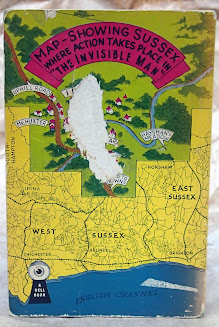 The Dell logo is spot on cool! 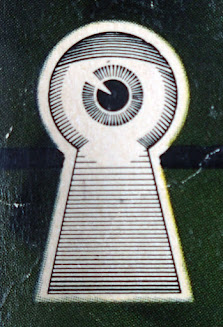 There's also a list of characters page which is nice and the synopsis had me thinking of Lovecraft after reading it. 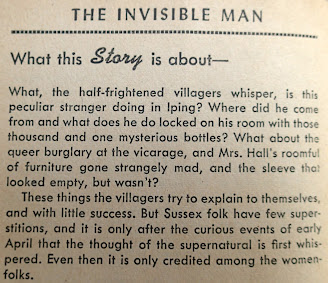