The Neutral Good is packed, ready to go...

A healthy culling of the inventory had been in order for several years and what made it out of the Ammons office is a 6 1/2 x 5 1/2 x 4 1/2 sqf cube with it's own gravitational field. 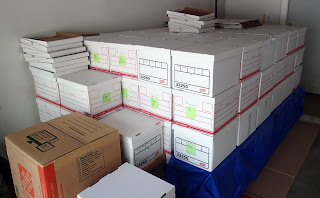 
I'm not sure if I'm sad about leaving the office or not.
The building had a weird smell.
The window leaked when it rained.
The walls were paper thin.
The AC was on all the time.

The Chinese massage lady and the guy next door to me lived in their offices.
Both did there dishes and laundry in the bathrooms. 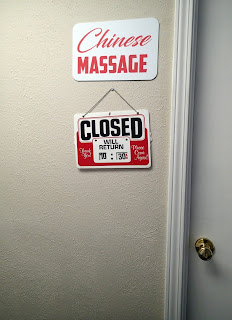 Ken, the other person next door to me was a bankrupt rancher from Kansas who had lost his farm, moved to Denver and became a small time money lender.
Ken was great, an avid reader.
He vacated his office during one of my long absences and I never saw him again.
He had had a heart attack or another cardiac event the year before and when I saw that his office had rented to someone else I just assumed the worst.
We had some good talks, he is missed.

I might miss The Lakewood Estates trailer park across the street, in particular one trailer.
A tired brown and white beauty I assumed was parked in the 70's and never left.
There were times I would swing into the office early, before sunrise and see the warm yellow glow of an incandescent bulb pouring from the cantilevered window at the back of the trailer.
I found that to be comforting, not unlike finding an open Ben Franklin 5&10 in a small town. 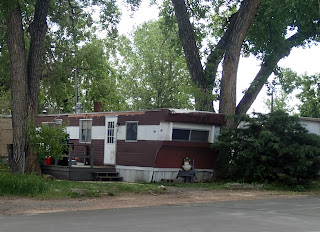 The Queen of The Lakewood Estates

The Lakewood Grill on the corner of Ammons and Colfax holds many found memories of Ed and I discussing Dungeons & Dragons and other random weird topics over a Colfax burger.
I hope that place is sparred the gleeful axe of gentrification and remains gritty. 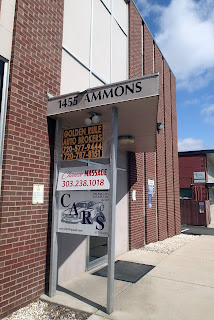 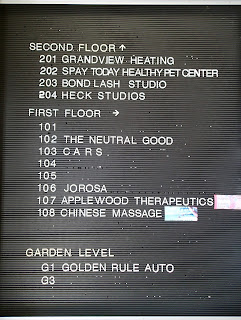 
I've lost my job and soon my home.

I'm grateful for what I still have but, damn it's getting hard.

Odin made a sacrifice of himself to himself. That always takes me a minute to figure.
So, I've taken to watching myself from outside of myself, making decisions and moves as if I'm both player and player character.
I've stopped trying to overthink that.


Neutral Good Books is on the take. 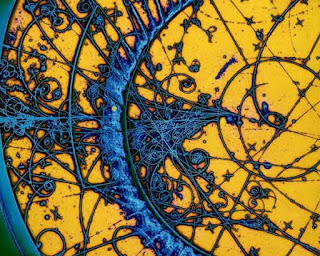